At Nicky Snazell’s Wellness & Physiotherapy Clinic, we get to treat quite a lot of sports injuries and by far the number one sport for injuries we see is for horse riding, perhaps not surprising given how popular this pastime is in the area 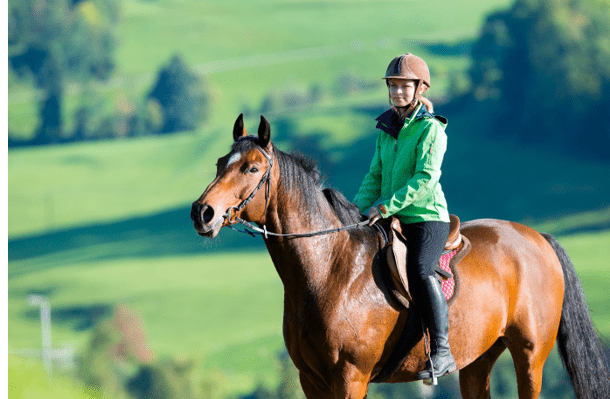 A recent large scale study in the USA supported our observations, while focussing on the previously unrecognised scale of the problem and its potentially high rehabilitation costs.

The 10 year study of nearly 25,000 patients who had suffered horse riding injuries, uncovered some concerning facts about the level of injury and although not yet determined, it suggested the real cost of rehab could be high.

To put into perspective, the risk of hospital admission was higher than football, car racing, motorbike racing and skiing.

The most common sites of injury were:

Most injuries were classified as either mild, which was 33%, or moderate at 43.5%, but of these 88% required hospital admission for an average of 4.5 days, 28% needed intensive care and 10% required surgery. Fortunately, most (57%) were discharged from hospital and required no ongoing rehab but 7% had to transferred to a rehab centre for ongoing care.

Surprisingly a large fraction of the riders involved in injury were not wearing helmets at the time of their accident.  This emphasises the need for awareness of the importance of wearing adequate protective clothing, in particular wearing a helmet to protect against head injury and death.

For those who would like to read the full paper: Hearing Hoofbeats?  Think head and neck trauma: a 10 year NTDB analysis of equestrian related trauma in the USA, visit https://tsaco.bmj.com/lookup/doi/10.1136/tsaco-2021-000728