At Nicky Snazell's Pain Relief Clinic, we offer treatments for acupuncture Stafford, Rugeley, Cannock, Lichfield and Uttoxeter - But we do provide services internationally, people travel from across the globe to see Nicky in her Stafford clinic.

Historically, the use of the needle for treatment started in the east, most probably in China, many thousands of years ago. Thus, there have been thousands of years to refine and improve the understanding of acupuncture in Chinese Medicine, the latter being a complete medical system which looks at the whole body. It regards illness as the body being out of balance and thus seeks to identify why it is out of balance and then treats to redress this.

Acupuncture was only discovered in the west relatively recently, the last 200 years or so, and slowly but surely became more understood and used.
Chinese Acupuncture is based on treating the flow of energy around the body and needles are generally inserted to a precise depth into the fascia in which the energy flows. Interestingly, our western technology now supports this theory.

The Chinese also understood that some areas of the body were locally painful and would needle these independently, calling them ‘Ah Shi’ points, translating as ‘that’s it’ points.

Today’s acupuncture uses very thin needles, much smaller than a hypodermic needle. These are inserted in the body at prescribed Chinese points which have a known therapeutic effect, or directly into an area of muscle spasm or pain. The needles are generally inserted and then left for anything up to 30 minutes.

Some therapists, depending on their source of training, will seek to intensify the treatment by rotating the needles or moving them up and down.

A painless proceedure, acupuncture aiding recovery & wellbeing to Rugeley, Cannock, Lichfield Uttoxeter and across the UK

Electroacupuncture (EA) was originally developed for use as analgesia in surgery. However, the benefits of EA were soon recognised for the control and treatment of pain. Research is still ongoing to help better understand the best settings to use and the technology is thus continuously evolving.

The equipment we use in-house allows us to use specific frequencies to help eliminate both acute and chronic pain. It is understood that the use of different frequencies can stimulate the release of natural opioid painkillers in the body and that by using dual frequencies, both the intensity and longevity of the pain control can be varied.

A benefit of using needles with this type of electrical signal is that the pain relief can be applied at deep levels, within the muscles that are causing the pain.

Western acupuncture as taught today is a small subset of Chinese acupuncture, combining needling to local areas of pain or spasm, ‘Ah Shi’ points, sometimes called trigger points, plus some use of Chinese points, but without reference to Chinese theory.

Needles are used in the same way as Chinese medicine, and the types of needle are the same. The focus in western acupuncture is to link the treatment to western medical principles, which requires ‘evidence-based’ justification. This is discussed on page 4 in the ‘Acupuncture in the NHS’ section.

Chinese Medicine is a complete standalone medical system and is different from western medicine. By teaching and using Chinese acupuncture points, western acupuncture in effect has a foot in both camps.

The majority of acupuncture needling is performed at relatively shallow depths in the body. As explained above, the needles are inserted and left static until removed. GunnIMS is completely different.

Professor Chan Gunn, a medically qualified Doctor, discovered GunnIMS by accident while carrying out tests in a laboratory in Vancouver, Canada. He found that patients were in pain, quite often long-term, or chronic, pain, because of muscles being held in a painful contracture. He found that by inserting needles into these non-responding contracted muscles, those same muscles could be made to release and start behaving normally. To effectively release a muscle he found that multiple insertions were needed, using the needle more as a microsurgical tool rather than as a static needle. Eventually, GunnIMS evolved to using an external device, called a plunger, which allowed the therapist to rapidly and easily retarget the needle to achieve the required result. GunnIMS is fundamentally different to acupuncture and the results in treating muscle pain are far superior. It utilises western anatomical knowledge and makes no reference to Chinese Medicine. It generally requires much deeper needling and directly targets and microsurgically treats muscles in spasm. The training is thus totally different and only those practitioners trained through the Institute for the Study and Treatment of Pain (ISTOP), based in Vancouver, are qualified to provide GunnIMS. Nicky Snazell is one of only 3 practitioners in the UK to have reached the highest level of training and was awarded the first honorary membership of ISTOP in the world for her dedication to the use of GunnIMS. A major strength of GunnIMS is that it is unsurpassed in diagnosing and treating muscle spasm. Both MRI and X-ray cannot ‘see’ muscle spasm, it is totally invisible to these scans. Thus many patients who may have been in long-term pain and given a scan, only to be told ‘nothing is wrong’ will now understand why.

Are looking for Acupuncture?

If you would like to find out more or speak to our team about Acupuncture then please use the contact form or the form on this page. Nicky Snazell clinic provides Acupuncture on-site for clients across the UK, especially to Stafford, Litchfield, Cannock, Rugely and Uttoxeter, but if you are near the South East then consider AcupunctureNorwich.org as we no longer have premises there. 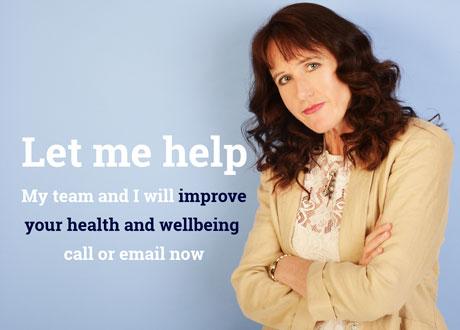